We share a new resource: Funding In Conflict-Affected Environments, a guide to answer the question – how can independent philanthropy fund activities and initiatives in conflict-affected areas in order to promote and support peacebuilding? The study has been authored by Avila Kilmurray, a founder member of the Foundations for Peace Network and an ongoing supporter of our work.  It has been published by the Social Change Initiative, Belfast, where Avila now works as a Research Consultant.  The research was commissioned by the Working Group on Philanthropy for Social Justice and Peace, with whom FFP has strong working relationships.

The insights in this study have been informed by the members of the Working Group and the members of the Foundations for Peace Network – independent locally-based funders working in contested societies. Learning was also gleaned from interviews carried out with a number of grant-makers and peacebuilding practitioners, including the Social Change Initiative.

With more than a billion people living in areas ravaged by conflict, with severe poverty prevalent in unstable regions, and with increasing numbers of refugees fleeing violence, the human misery caused by conflict cries out for action. A core objective of this study is to highlight the positive contribution that independent grantmaking trusts and foundations can make to peacebuilding. Evidence shows that they do make a positive contribution, although many are still wary of working in situations of violent conflict fearing that interventions can have negative as well as positive consequences. It is with this in mind that the study looks at the importance of conflict sensitivity for independent donors, in addition to detailing how donors can support peacebuilding through different stages of conflict and peace processes.

This study is made up of five sections:
1) Understanding the context – do no harm,
2) supporting peacebuilding and positive change
3) crafting the grant portfolio
4) how do we know that we are contributing to positive change?
5) summary notes.

It is accompanied by a 16-page summary guide Conflict-Affected Environments: Notes For Grantmakers drawn from the bigger study. The guide presents the nuts and bolts of grantmaking for peacebuilding work.

Click on the image below to download a PDF of the SCI report – Conflict-Affected Environments: Notes for Grantmakers. 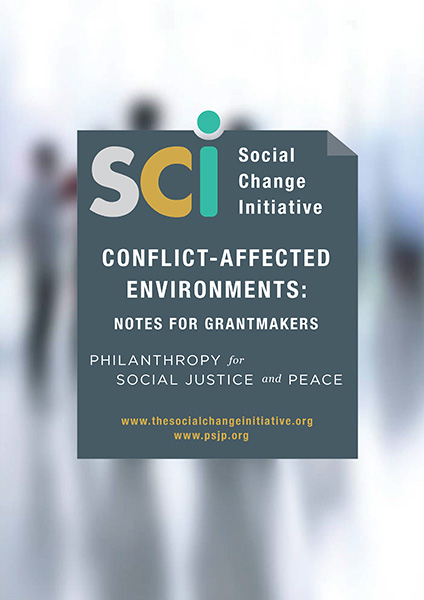 Click on the image below to download an Executive summary PDF of the SCI report – Funding in Conflict-Affected Environments. 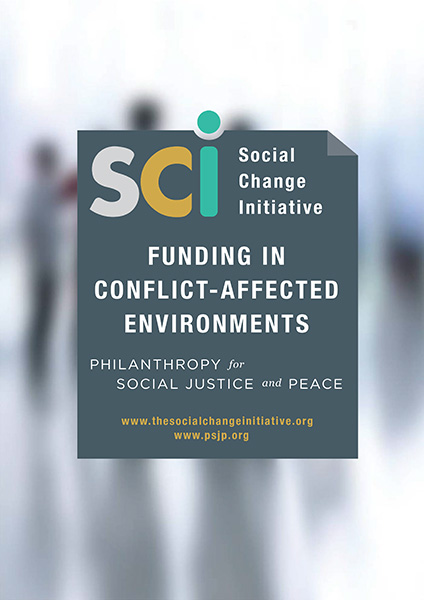